Like many around the world, I was glued to my computer for four hours on March 20th for the Tavis Smiley “We Count” round table discussion.

I have to be perfectly honest, the main reason I even tuned into it was because the Honorable Minister Louis Farrakhan agreed to be apart of it.

Check out the wisdom Minister Farrakhan shared about Black people openly critiquing President Barack Obama and who we should look to in executing the Black agenda:


That day participated in the live chat room on Tavis Smiley’s ustream site and I thoroughly enjoyed the chat dialogue. I tweeted the entire time and got a lot of good/bad feedback, comments and ideas from my Twitter/Facebook friends.

As Minister Farrakhan kept pointing out, we do not have to wait on anyone to do for us what we can do for ourselves. The question is who will do the work? 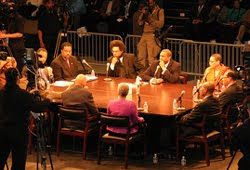 According to Mr. Smiley, C-SPAN has informed him that the symposium is scheduled to air during primetime, on Monday March 29th at 8:30 p.m. EDT/ 7:30 p.m. CDT. The webcast replay is currently available @ FinalCall.com/BlackAgenda

Â
Additionally, The Honorable Minister Louis Farrakhan will appear on the Cliff Kelly Show on WVON 1690AM in Chicago on Wednesday March 24 from 4 p.m. to 6 p.m. CDT. WVON streams live on the web at http://www.wvon.com.

(All photos courtesy of Timothy 6X of Chicago) 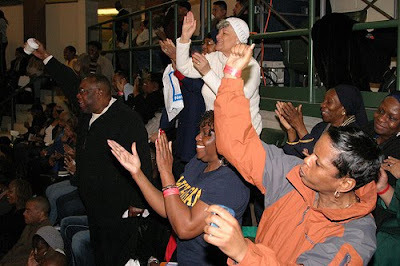 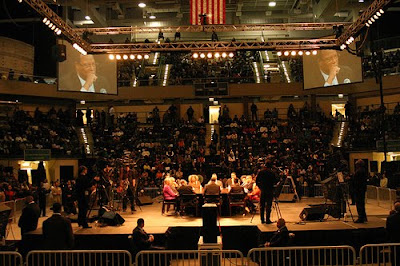 See coverage of both in next week’s edition of The Final Call Newspaper! 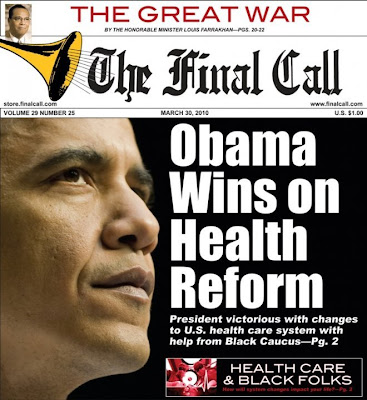 Deadly Police Plots: ‘A pattern that’s been going on for years’

The Importance of Study (Part 5): Five Simple Study Methods YOU Can EASILY Use!

CHILDREN OF THE MOST HIGH: Proper Courtship Works

President Obama is in Turkey: Right Wing Critics at Home Try to Cook His Goose

CHILDREN OF THE MOST HIGH: Be What You Want Them to Be

“Sex and the City II”: A Muslim Convert’s Take

CHILDREN OF THE MOST HIGH: She Screened Herself

What if Obama’s grandfather was Palestinian?