Home Motivation From Miami To Gainesville: Taking Back The Land, A Racial Wall, and a Jamaican Legend
Motivation

From Miami To Gainesville: Taking Back The Land, A Racial Wall, and a Jamaican Legend 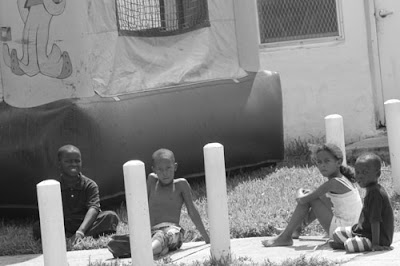 Back up on the blog!(smile) We have now arrived in New Orleans. It has been a fast-paced tour so just like I said on my latest v-blog, it is tough trying to tour and blog at the same time daily but those striving to be great love challenges so I just have had to expand my multi-tasking skills.

Last time I blogged we were still in Miami. The second day (October 11th) we got a nearly two hour tour in the morning of the history of the city. We first visited an area that is the site of a baseball parked named after the legendary NBL player and activist Roberto Clemente, who is revered in this city for his stance against injustice. I’m not much of a coffee drinker but I just had to taste a cup of Cuban Coffee…all I can say is Starbucks need not challenge. It’s awesome. Also there were a lot of Farmer’s Markets(see below) 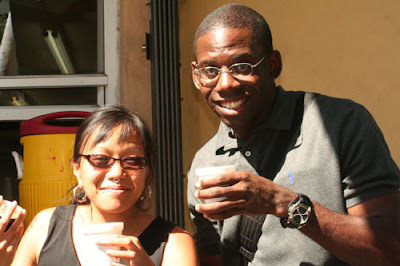 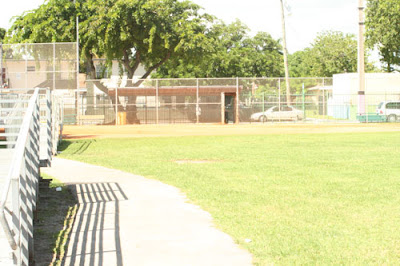 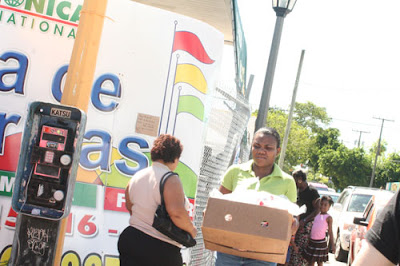 We then drove over to some projects called “Pork and Beans”….yes that is right. This will probably be the only time you ever see the word pork on this blog but legend is that decades ago a city trash man would come to pick up the trash and all he would mostly see were empty pork and bean cans in the trash–meaning that was all most people could afford to eat. Hence, the name given. (see pic below) 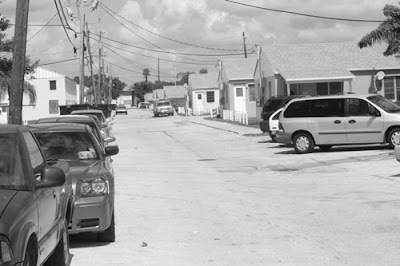 A serious landmark there is the Race Wall, which used to be erected as a means by which to divide the Blacks from the Whites. It was lowered in the 1960s and parts broken down but blocks of it still exists. (see below) We also spoke with one of the Black elder members of the Miami Workers Center, Ms. Whitley, who is battling with several ailments but still manages to attend as many radical events she can! Inspirational talk with her at the Pork and Beans…(see her below) 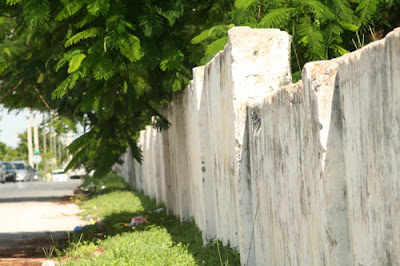 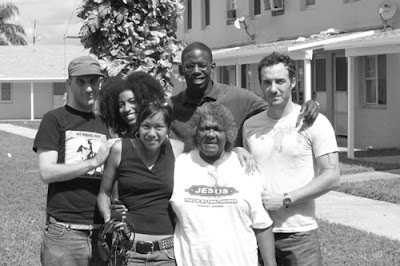 TAKING BACK THE LAND

The tour guides then took us to the headquarters of the group Take Back the Land where we had the opportunity to meet the founder Max Rameau (pictured below). What a serious story! There is so much to it but here is an excerpt from his book that he gave us to to let you know what happened two years ago in Miami and how his group fights gentrification,which is stinging poor people throughout the entire country.

“On October 23, 2006, members of Take Back The Land reclaimed publicly owned land in the Liberty City section of Miami, creating the self governed shantytown of Umoja Village. In the wake of public housing vacancies, corrupt city officials and flawed federal programs, a community found the unrelenting courage to fight back. Using minimal resources such as discarded plywood, packing palettes, and tin roofs, a collective group of activists, Umoja residents, and community supporters built temporary housing units for 53 displaced residents.In spite of police arrests, court battles, interpersonal conflicts, and the devastating fire six months late which would reduce the village to ashes, the Umoja clan stood strong with unbridled spirits, proving the power of determination and perseverance.” Visit their website at www.takebacktheland.net 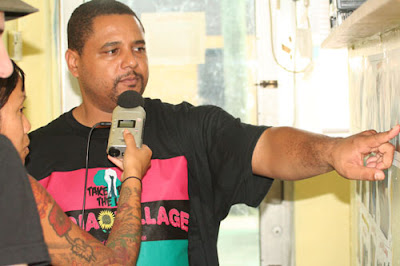 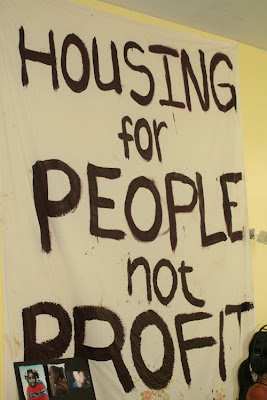 We then toured Overtown which used to be called Colored Town due to it formerly being the center of Black music and culture plus Blacks created everything for themselves. We saw Little Haiti which is filled with Haitian residents and I learned that Miami is actually a center for Haitian power. I watched one of their community football teams practice. (see below) 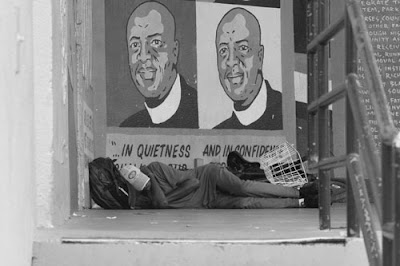 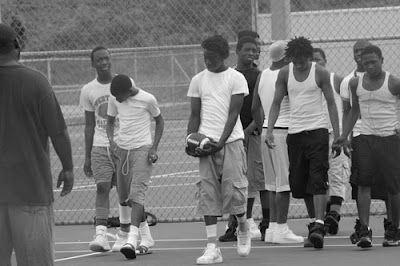 I walked the streets to meet and interview more residents and I met Bro. Bobby who owns Bobby’s Gym on NW 7th Avenue. He was a contestant in the Mr. Florida bodybuilding contest in the ’70s and has been training people for over 30 years.(pictured below) 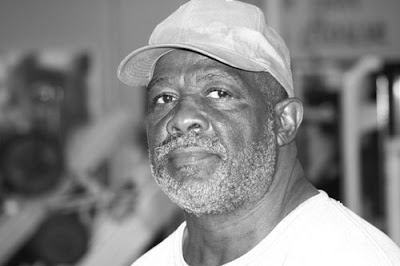 I took so many shots in Miami and met so many wonderful people from organization such as Power U, which fights against housing discrimination. We actually stayed with one of their members for the weekend. We departed for Gainesville on Sunday, October 12. When we got there we settled in at the place where our event would be that evening. We spotted a place called Smoothie Paradise and we decided to patronize it. When I walked in an older Black man said he was the co-owner of the shop. (pictured below) 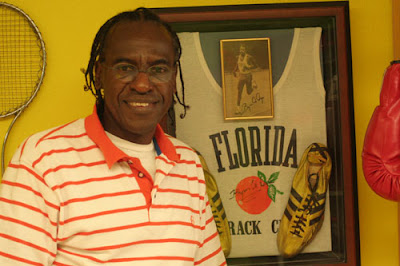 You probably don’t know him but he is a track pioneer from Jamaica who paved the way for people like the 2008 Olympic World Champ Usain Bolt….I will tell his amazing story in the next blog.

::Interview:: Faith In A Time Of War – The Exclusive w/ Dr. Wesley Muhammad

EGO ALERT: “I am the Problem, We are the Solution”

It Is All Good–Every Last Bit of It!

Interview with Akilah Nehanda: “You can be fashionable, have fun, and still look trendy without compromising your morals.”

CHILDREN OF THE MOST HIGH: Father’s Role in the Delivery Room

Hip Hop Pioneer KRS-One says: “The purpose of education is to discover yourself”

Recap of a deep 2009 experience: I was homeless for a night in Houston