Originally published 9.25.09
(Jasiri X: Photo courtesy of One Hood MEdia)
Â
In case you have not been watching the news, following Twitter time lines or catching YouTube clips, the streets of Pittsburgh turned violent the last few days with the G20 Summit taking place. Three journalistic and Hip-Hop soldiers have been posting serious updates.“The police and military deployment numbers were compounded by the fact that there was so few â€œregularâ€ people in downtown Pittsburgh due to the fear people had of protesters â€œtearing upâ€ the city. The irony was that all around the city are signs that say, â€œPittsburgh Welcomes the Worldâ€ yet the intimidating presence of so many police had the exact opposite effect.”–writes Jasiri X 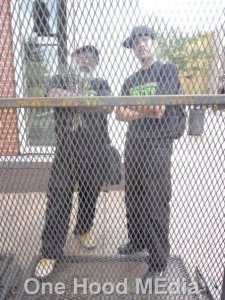 Here are updates posted by Jasiri X, Paradise Gray and Davey D. Keep following them on Twitter and Facebook!

Blogs and Photos by Paradise Gray

Davey Hits the Grounds of Pittsburgh

The Power to Overcoming Stress: Accepting the Challenge to CHANGE

Nation of Islam Saviours’ Day 2017 in Detroit: Black America, The Ultimate Challenge And Our Future

Cardi B, Megan Thee Stallion and The Degradation of Women in Music