Minister Louis Farrakhan speaks on the execution of Shaka Sankofa

(Blogger’s Note: These are words from The Honorable Minister Louis Farrakhan printed in The Final Call Newspaper in July 2000 in the wake of the execution of Shaka Sankofa.)

“We in the Nation of Islam mourn the loss of our brother Shaka Sankofa.

Brother Shaka did the socially unacceptable thing that he did when he was 16 and 17 years of age under the name Gary Graham. If he were white he would have been punished, but because he was under age he might have been given a chance to redeem himself. But because Mr. Bobby Lambert was white and other of his victims were white, I do not think it mattered what the true facts were in the minds of his executioners. He had to be punished for what he did.

There is much about this case, in particular, that has never been introduced in a court of law. I believe he was innocent of the murder of Bobby Lambert. What compounds the problem is that our brother is being judged by the people and the system that has destroyed us as a people. I believe with all my heart that his life and his death were not in vain. His death is fueling the struggle against the death penalty in the United States, particularly the unfair use of the death penalty where the Black and the poor are concerned.

I thank Minister Robert Muhammad and the Muslims in Houston for their support of Shaka Sankofa. The ease in which our brother was executed makes it more difficult for Mumia Abu-Jamal, but we must do all within our power to fight for those who are on death row.

Shaka Sankofa’s life will be avenged. His blood, like the blood of those before him, cries out from the earth for justice. The God of Justice will answer. Watch the forces of nature and what they bring to Texas and the United States of America. The death of Shaka Sankofa is one more reason why Allah (God) has come to take us out of the hands of our wicked enslavers and tormentors and put us under His own Mercy, Guidance and Protection.

I close with this scripture:

“Shall the prey be taken from the mighty, or the lawful captive be delivered?

“But thus saith the Lord, Even the captives of the mighty shall be taken away, and the prey of the terrible shall be delivered: for I will contend with him that contendeth with thee, and I will save thy children.

“And I will feed them that oppress thee with their own flesh; and they shall be drunken with their own blood, as with sweet wine: and all flesh shall know that I the Lord am thy Saviour and thy Redeemer, the mighty One of Jacob.” – Isaiah 49: 24-26

Thank you for reading these words.”

The last words of Shaka Sankofa before execution: “This is a lynching that is happening in America tonight.”

Farrakhan: The Nation of Islam’s Flag is a flag that they can never take down

“Stand Firm” (a story of Louis Farrakhan’s visit to Iran)

Farrakhan sends message to President-elect Trump: ‘Push it so good that Black people say “I’m out of here, I can’t take it no more.”‘ 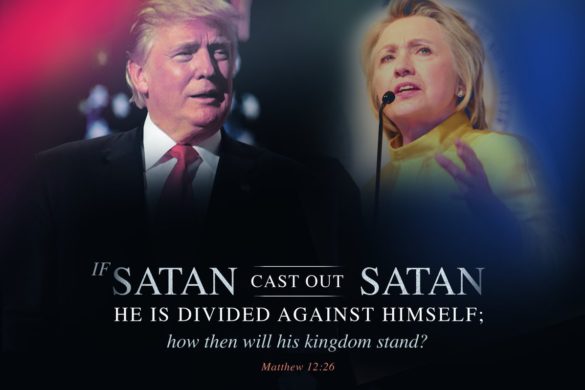 Everybody Needs Somebody: A Tribute to Akbar Muhammad