Mychal Bell of the Jena Six preparing for college 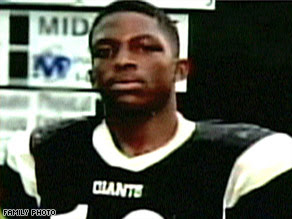 (Note: The following is an excerpt of an article that will appear in an upcoming edition of The Final Call newspaper)

Mychal Bell, the central figure in the case of the â€œJena Sixâ€, is nearly a month away from graduating from Monroe Carroll High School and will be attending a four-year university in the Fall.

He is realizing his dream while his family continues to suffer. His mother, Melissa Bell, was arrested on April 5 for failure to pay child support.

â€œI am excited about the opportunity to play football and get an education. I am still looking at other options but my dream is coming trueâ€, he said to The Final Call.

Mr. Bell and the other members of the “Jena Six” faced attempted murder charges in the 2006 beating of Justin Barker at Jena High School, in north central Louisiana’s LaSalle Parish. The charges for all the defendants were eventually reduced. But the severity of the original charges brought widespread criticism and eventually led to more than 50,000 people converging September 2007 on the tiny town of Jena for a major civil rights march and rally.

â€œSince that time, my life hasnâ€™t been easyâ€, said Mr. Bell in a recent blog on GlobalGrind.com. â€œA lot of people talk bad about me and the media has portrayed me as someone who I am not. I know the truth about who I am and I know I am not a bad person.â€

A $20,000 Question in Houston: Who murdered Marcus Washington?