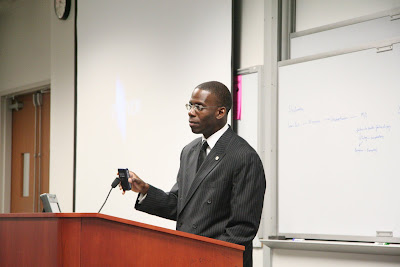 Originally published 3.7.09
On Friday, March 6, I was a guest speaker at Tulane University Law School in New Orleans at an event sponsored by the Blacks Law Student Association, Human Rights Law Society, and the Public Interest Executive Committee. Prior to my talk, we watched the screening of a Jena 6 documentary which was phenomenal and one of the best ones I have watched.

I was then introduced by local community activist Emily Ratner, who worked hand and hand with law student Annie Johnson to make my appearance happen. I spoke on my role in the Jena 6 story from a journalistic and mobilization perspective. I also spoke on the importance of lawyers in the movement, the power of The Final Call Newspaper and Min. Farrakhan’s recent call for accepting responsibility to build our communities. 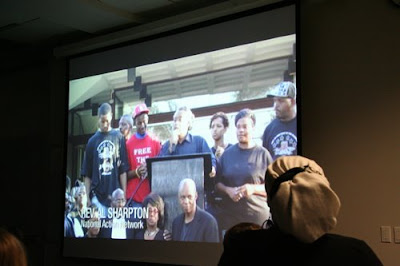 But the greatest moment for me as well as for the audience was when I put Mychal Bell of the Jena Six on my cell phone to do a Q&A session with the audience. Boy they got excited! Mychal fielded questions about his upcoming graduation, legal matters, the media pressure, and how he think they can better serve people who face injustices.

Great and unforgettable moment. Thanks Mychal Bell and everyone at Tulane wishes you the best.

Young Men: Pull Up Your P.A.N.T.S. of Responsibility

Blog Book Review: Young? So What! 10 Steps To Become a Successful Young Entrepreneur

CHILDREN OF THE MOST HIGH: Valuing Our Children’s Friends

My Speaking Trip in Oakland….What Happened?

Protecting Yourself from Prostate Cancer

Reginald Gordon of Operation Outreach OG1: Refuses to Give Up on Black Youth

CHILDREN OF THE MOST HIGH: The Nobility of Ma’am and Sir