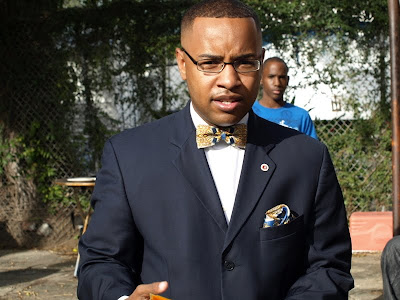 Originally published 10.30.09
In recognition of over eight consistent months of working to curb the violence in the Crescent City, Nation of Islam Student Minister Willie Muhammad was honored for his community work at City Hall.

Mr. Muhammad heads the Hour of Power Peace Keepers anti-violence outreach initiative, which includes a diverse group of Black men walking through violent neighbors in the city to dialogue and offer assistance to residents.

â€œThe New Orleans police chief recently handed out statistics that showed drops in nearly every category of crime. I believe that our work during the Hour of Power also has played a role in this drop,â€ says Mr. Muhammad.

The non-profit group Community Mediation Services sought nominations for top community workers and the Peace Keepers were selected. A proclamation was presented on Oct. 15 at the City Council chambers by the At-Large City Council member Arnie Fielkow to proclaim â€œConflict Resolution Dayâ€ in the city of New Orleans.

Read more about this story in an upcoming edition of The Final Call Newspaper.

(To join and follow the works of the New Orleans Peace Keepers log on to www.noineworleans.org and www.crescentrizing.com ) 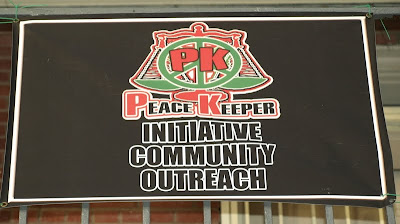 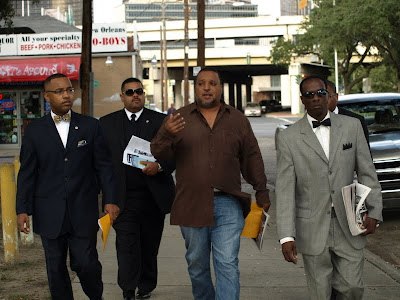 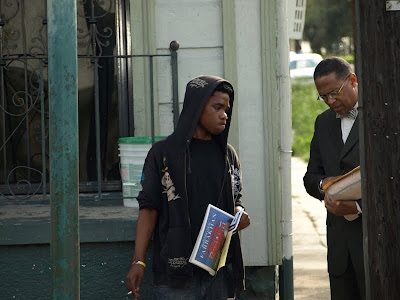 ESSENCE Magazine searching for men ready to ask “Will You Marry Me?” in style.

How To Handle Loss In A Time Of Darkness

CHILDREN OF THE MOST HIGH: Birthdays 2.0

2009 Senior Class of North Forest High School Get Their S.W.A.G. on with me.

Testimony: Moments like this is what fuels us to help our people

The Big 7 Interview with Hip-Hop Legend K-Rino: “It was like a pregnancy and I gave birth to septuplets.”

Ways To Emerge as a Leader on the College Campus (Part 2): Should You Join That Organization?