Lamar County officials are on alert as groups from around the country prepare to converge on the grounds of Paris, Texas once again to not let the dragging death of Brandon McClelland get swept under the rug.

The national rally will take place on Tuesday, July 21, 2009 at 12noon in Paris at the Lamar County Courthouse located at 119 N. Main. Rally. Local officials have created designated zones for protesters since the Klu Klux Klan is expected to be present to counter the rally being led by the New Black Panther Party and Nation of Islam.

This is the third protest sparked by the death of 24-year-old McClelland, whose torn body was found on the morning of Sept. 16 on a country road outside Paris. McClelland’s body was said to had been dragged more than 70 feet beneath a vehicle. Since that time the two White males accused in the case have been set free after special prosecutor Toby Shook dismissed the charges. 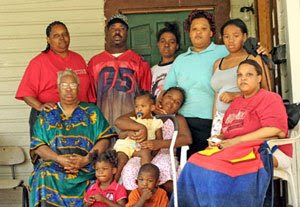 Rally organizers have stated that they are holding this rally on this particular date (July 21) because it was originally the trial date set for Shannon Finley, who was accused along with Charles Ryan Crostley.

The Final Call newspaper will be on the grounds….stay plugged in with updated photos and quotes from this rally.

Unfamiliar with this case? Read: http://www.finalcall.com/artman/publish/article_5348.shtml

A True Fisher of Men: Brother Warren 2X of Chicago casts his net in the streets

Study: The South becoming AIDS centre in the U.S.

Farrakhan on Beyoncé & Kendrick Lamar.. “The Cultural Revolution Is On!”

#DEFENDINGFARRAKHAN 2018 and calling for a Showdown in 2019