Home Tags Posts tagged with "How to master mediocrity"
Tag

How to master mediocrity

On Saturday, September 6, I was invited to be a workshop presenter at the gathering of the Jack and Jill of America Houston Chapter. It was held at the Downtown Houston Library (which has been totally transformed!) and I had the honor of speaking to 11th and 12th graders about “How To Build Confidence”, “Effective Leadership” and “How to Master Mediocrity”.

First I had them to list at least ten things they have done mediocre in the last year that if they had the opportunity to do again they would do it at a higher level. Most of them listed more than ten! And I’m sure those of you who are reading this probably could fill up a sheet as well with your own “Mediocre Moments”. Me too.(smile) 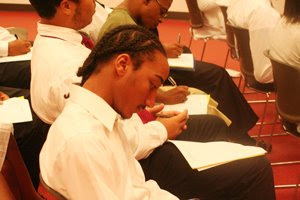 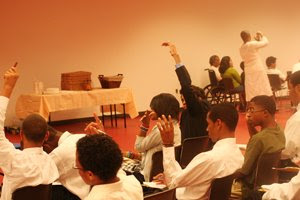 In this inner-active session I covered the impediments to excellence such as making excuses,doing nothing daily, leaving outstanding goals unmet, lacking the ability to execute ideas, negative friendships and more! At the end I was presented with the greatest gift a READ-AHOLIC can receive….a gift card to a bookstore! Thank you to the entire group! I wanted to share with you the comments from one of the group’s sponsors.

“Mr. Jesse Muhammad led a thought provoking interactive session for our 11th and 12th graders. The topic was â€œBuilding Confidenceâ€. Mr. Muhammad captured and maintained the studentsâ€™ attention by sharing personal/professional experiences and knowledge which generated introspection and discussion among the teens. Mr. Muhammadâ€™s contribution to making the speaking engagement a success is only exceeded by our level of gratitude. We look forward to including Mr. Muhammad in our database as a potential speaker for future events.”–Sandra J. Alridge, Co-Sponsor of Jet Set Grade Group 2008-2008 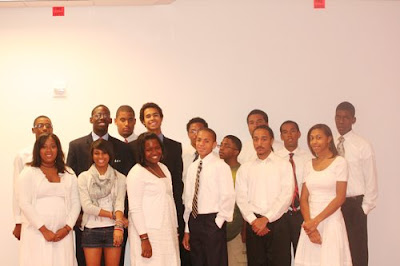