Documents show DHS improperly spied on Nation of Islam in 2007

(Blogger’s Note: This was passed on to me via email. Please read and let me know your thoughts.)

The Department of Homeland Security improperly gathered intelligence on the Nation of Islam for eight months in 2007 when the leader of the black Muslim group, Louis Farrakhan, was in poor health and appeared to be yielding power, according to government documents released Wednesday.

The intelligence gathering violated domestic spying rules because analysts took longer than 180 days to determine whether the U.S-based group or its American members posed a terrorist threat. Analysts also disseminated their report too broadly, according to documents obtained under the Freedom of Information Act (FOIA) by the Electronic Frontier Foundation, a civil liberties group.

The disclosure was included in hundreds of heavily redacted pages released by the Justice Department as part of long-standing FOIA lawsuits about the government’s policies on terrorist surveillance, detention and treatment since the Sept. 11, 2001, attacks. It marks the latest case of inappropriate domestic spying under rules that were expanded after the terror attacks to give intelligence agencies more latitude.

In a written statement, Homeland Security (DHS) spokesman Matthew Chandler said the agency has since implemented “a strong and rigorous system of safeguards and oversight to ensure similar products are neither created nor distributed.”

The agency, he said, “is fully committed to securing the nation from terrorist attacks and other threats, and we take very seriously our responsibility to protect the civil rights and liberties of the American people.” The 2007 study, titled “Nation of Islam: Uncertain Leadership Succession Poses Risks,” was recalled by agency lawyers within hours. The lawyers said it was not reviewed by the department’s intelligence chief before release.

Charles E. Allen, who was DHS undersecretary for intelligence and analysis at the time, said that although violations were unintentional and inadvertent — only publicly available information was collected — the report should never have been issued.

“The [Nation of Islam] organization — despite its highly volatile and extreme rhetoric — has neither advocated violence nor engaged in violence,” Allen wrote in a March 2008 memo. “Moreover, we have no indications that it will change its goals and priorities, even if there is a near-term change in the organization’s leadership.”

Download of DHS PDF File regarding Nation of Islam: http://www.eff.org/files/NationOfIslam.pdf

Intelligence Agencies Release Docs Describing Misconduct in Response to EFF Lawsuit
Also check out these articles in the latest edition of The Final Call Newspaper: 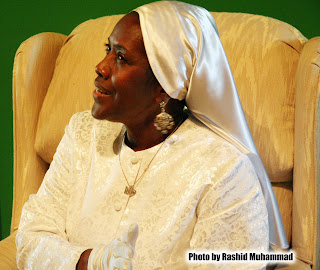 Muhammad Mosque No. 45 in Houston would like to announce the official launching of their Getting to Know the Believers of the Nation of Islam Series, which is the brainchild of the MM45 Ministry of Information.

The purpose of this series is to familiarize the world with the brilliance and talent that is within the ranks of the Nation Of Islam under the leadership of the Honorable Minister Louis Farrakhan.

Here are the first two interviews! More is to come! 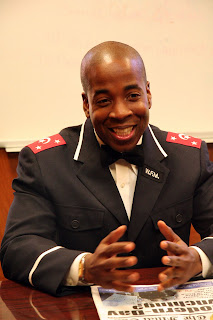 FOI Going Door To Door with The Final Call Newspaper

On The Block with the Final Call Newspaper

How Obama Has Inspired Me