Before You Consume That Red Bull Energy Drink…… 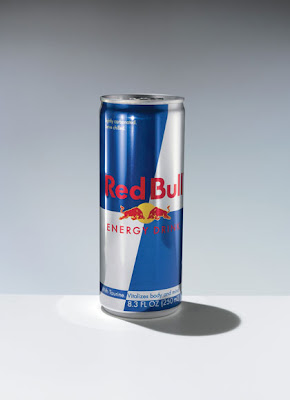 Â
You’re sitting at work, it’s lunch time and you’re low on energy. You open up the bottom drawer to your desk or walk over to the company refrigerator or maybe you hop in your car to drive down to the local convenience store.Â
Â
You’re feigning for a quick fix….your mind is telling you to buy it and your body is seemingly screaming for it.
Â
Then the moment finally comes. You crack open that can of Red Bull Energy Drink. You feel great now. You tackle the rest of your day with “ease”, people notice a quick change in your disposition, you’re bouncing all over the place and you feel like you can do anything!
Â
Hours later something takes place. All of a sudden that quick fix of energy goes away. You’re driving home and you’re feeling sleepy again, you walk in the house feeling sluggish, and now your body is calling for another can of Red Bull!Â
Â
STOP! Before you go back for a second, third or fourth round, you have to check out this article below that was sent to me in an email. Â PLEASEÂ LEAVE ME A COMMENT.Â
Â
Do you consume Red Bull or any other energy drinks? Coffee? Why or why not? If so, is it addictive? If not, what are you doing to stay energized?Â
Â
What is causing people to be so sluggish? Lack of Exercise? Stress? Poor diet? Why is water so ‘unpopular’?
Â
Ok, let’s get to this article!
Â
Red Bull drink lifts stroke risk: Australian study

CANBERRA (Reuters) – Just one can of the popular stimulant energy drink Red Bull can increase the risk of heart attack or stroke, even in young people, Australian medical researchers said on Friday.

The caffeine-loaded beverage, popular with university students and adrenaline sport fans to give them “wings”, caused the blood to become sticky, a pre-cursor to cardiovascular problems such as stroke.

“One hour after they drank Red Bull, (their blood systems) were no longer normal. They were abnormal like we would expect in a patient with cardiovascular disease,” Scott Willoughby, lead researcher from the Cardiovascular Research Centre at the Royal Adelaide Hospital, told the Australian newspaper.

Red Bull Australia spokeswoman Linda Rychter said the report would be assessed by the company’s head office in Austria.

“The study does not show effects which would go beyond that of drinking a cup of coffee. Therefore, the reported results were to be expected and lie within the normal physiological range,” Rychter told Reuters.

Willoughby and his team tested the cardiovascular systems of 30 young adults one hour before and one hour after consuming one 250ml can of sugar-free Red Bull.

The results showed “normal people develop symptoms normally associated with cardiovascular disease” after consuming the drink, created in the 1980s by Austrian entrepreneur Dietrich Mateschitz based on a similar Thai energy drink.

Red Bull is banned in Norway, Uruguay and Denmark because of health risks listed on its cans, but the company last year sold 3.5 billion cans in 143 countries. One can contains 80 mg of caffeine, around the same as a normal cup of brewed coffee.

The Austria-based company, whose marketing says “Red Bull gives you wings”, sponsors Formula 1 race cars and extreme sport events around the world, but warns consumers not to drink more than two cans a day.

Rychter said Red Bull could only have such global sales because health authorities across the world had concluded the drink was safe to consume.

But Willoughby said Red Bull could be deadly when combined with stress or high blood pressure, impairing proper blood vessel function and possibly lifting the risk of blood clotting.

“If you have any predisposition to cardiovascular disease, I’d think twice about drinking it,” he said.