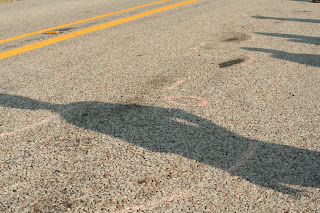 A grand jury in Paris, Texas returned first-degree murder indictments against two white men accused in the September dragging death of a Black man. The prosecutor is still looking at whether to pursue hate crime charges in the case that has stirred racial tension.

Facing up to life in prison if convicted, defendants Shannon Finley and Charles Ryan Crostley, are being accused of killing 24-year-old Brandon McClelland by hitting and dragging him over 70 feet beneath a pickup truck after the three went on a late-night beer run across state lines.

Mr. Finley was also indicted December 11 on evidence tampering charges alleging he attempted to wash Mr. McClelland’s blood from the undercarriage of the truck. Mr. Crostley was further indicted on charges of retaliation for threatening a potential witness before he was apprehended. Both defendants remain behind bars without bail.

The McClelland family and civil rights groups have been pressing authorities to look into the murder as a possible hate crime based upon Mr. Finleyâ€™s rumored affiliation with a White supremacist group that he allegedly joined while in prison several years ago.

â€œEven with the charge of first degree murder, there may still be a possibility that these murderers of my son will be back on the streets. I want them to have life without the possibility of parole. To never get outâ€, said Jacqueline McClelland to The Final Call.

â€œThere are people who know that Shannon (Finley) is apart of a white supremacist group and I hope they are interviewed. This needs to be charged as a hate crime also because friends donâ€™t lynch friendsâ€, she said.

(Read more about this case at www.finalcall.com)