National Hip Hop 4 Haiti Day set to be observed in over 30 cities on January 30.

With Wyclef Jean already leading the charge, Hip-Hop is about to take a unified stand for our suffering people in Haiti.

The devastating earthquake two weeks ago has left over 200,000 dead and over one million displaced.

Hip-Hop 4 Haiti is going to be a National Day on January 30, 2010 where each city youth & hip hop community will host an event to collect donations for Haiti. The idea for Hip-Hop 4 Haiti was conceived by Queen Yonasda, the granddaughter of the Honorable Minister Louis Farrakhan and is also a powerful Hip-Hop artist. The idea has now erupted into the participation of over 32 U.S. cities and also Costa Rica.

So with the help of Xpoz Magazine, BEA inc, Peace Fest, Dominion Harvest Christian Church,and Veterans Hospital’s Black Employment Program,Millions More Movement and the Institute of the Black World this has become a national day of service.

Hip Hop 4 Haiti promo Video
The movement of Hip-Hop 4 Haiti has also joined forces with the Hip-Hop Caucus that is spearheaded by Rev. Yearwood and their organization Hip-Hop Help Haiti (www.hiphophelphaiti.org).

“In this time of need we must join together within the Hip-Hop community to help re-build and save a nation. The Hip-Hop Help Haiti organization is already in place and geared towards building Haiti to the beautiful nation it is destined to be,” says Queen Yonasda, who will be headlining the event in Phoenix.

According to their website, the staff of AllHipHop.com will be joined by Styles P, Naughty By Nature, Saigon, and NY Oil for the New York event.

In Houston we will be hosting an event at the headquarters of The Black Cross Relief Initiative (2417 Riverside) starting at 2:00pm. Performances will be made by Houston Hip-Hop artists such as K-Rino, 144 Elite, Willie D, The Screwed Up Click, Real Thoughts, and more. Free Haitian food will be served. Most importantly we will be collecting medical supplies, toiletries, tents and funds as well to support the relief efforts of The Black Cross as well as The Haitian American Ministries headed by Sister Mawaiyah.

Join the movement, support your local event and spread the word! For more information go to: www.hiphop4haiti.ning.org

Statement by Wyclef Jean on Haiti Earthquake: “Idle hands will only make this tragedy worse.”

NEW YORKâ€”The following is a statement by Wyclef Jean on todayâ€™s magnitude 7.0 earthquake outside Port-au-Prince, Haiti:

â€œHaiti today faced a natural disaster of unprecedented proportion, an earthquake unlike anything the country has ever experienced.

I cannot stress enough what a human disaster this is, and idle hands will only make this tragedy worse. The over 2 million people in Port-au-Prince tonight face catastrophe alone. We must act now.

President Obama has already said that the U.S. stands â€˜ready to assistâ€™ the Haitian people. The U.S. Military is the only group trained and prepared to offer that assistance immediately. They must do so as soon as possible. The international community must also rise to the occasion and help the Haitian people in every way possible.â€

Many people have already reached out to see what they can do right now. We are asking those interested to please do one of two things: Either you can use your cell phone to text â€œYeleâ€ to 501501, which will automatically donate $5 to the Yele Haiti Earthquake Fund (it will be charged to your cell phone bill), or you can visit Yele.org and click on DONATE.

Haiti needs your prayers and support. 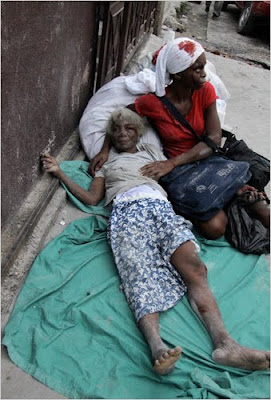 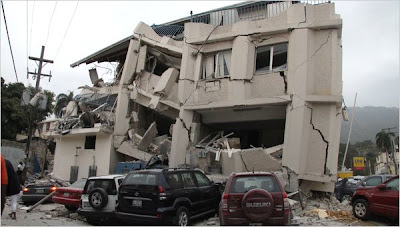 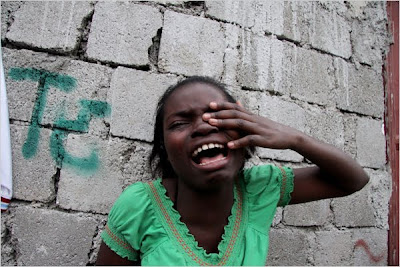 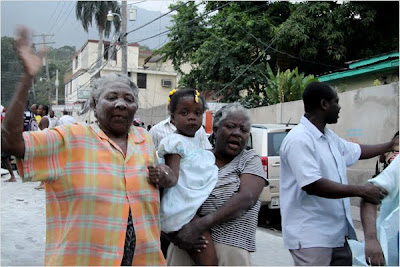 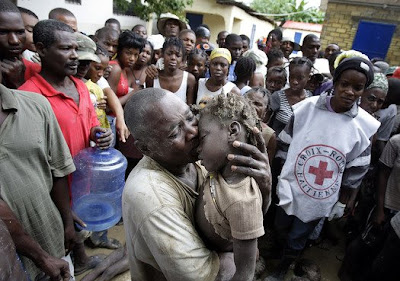 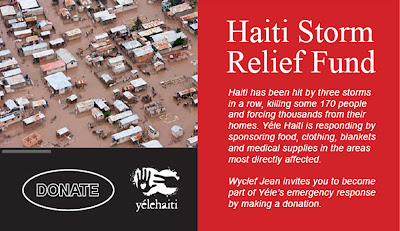