Home Top News Tennis History: Serena Williams was really fined $92,000 and she is going to match that amount for a school in Africa
Top News

Tennis History: Serena Williams was really fined $92,000 and she is going to match that amount for a school in Africa

These are not the most elegant words to describe this but after reading the blog of Serena Williams on GlobalGrind.com, all I can say is “wow” and “dang”.

It was originally reported that she was fined $82,000 for the U.S. Open incident but she unveils that it was actually $92,000. The largest fine in Tennis history.

Are you serious? Ok, that’s not all I can say because I am about to blog more about it right now.

Let’s get right to the point. I am not a sports analyst nor a sports historian and I rarely even put sports related news on my blog. But Serena has reached what she calls “her boiling point”. Some of us have too in our own little ways with what goes on in this country and our communities. Some of us just choose to talk about it while others choose to do something about it.

Serena is about to do something. 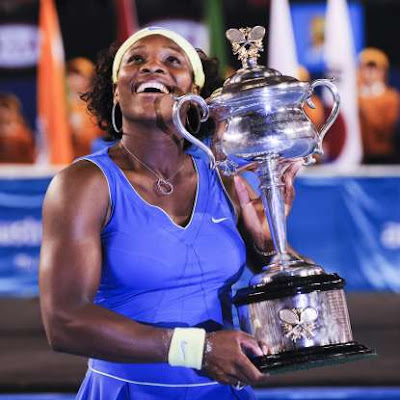 As I read the blog, I noticed she used code words to call out “others” who have historically done worse than what she did at the U.S. Open and was fined significantly less.

There is another HE who was fined less than half of what I was fined after someone in his camp actually physically ATTACKED an official!!!!

What about the famousHE who made arguing with officials “cool”. Cool for “MEN” I guess. Is it because they are all HE’s and not a SHE like me?”

Ok, she won’t say it but I will. The HE she is speaking of is a bunch of White male tennis players. As if you didn’t know. So, Serena it’s not just because you’re aSHE it’s because you’re BLACK. But I could be wrong.

I commend her for bringing balance to her blog by stating, “I don’t mind being fined. If I did wrong I accept the repercussions. All I ask for is to be treated equal.”

What gave me the most joy was reading her final paragraph about the something she’s going to do:

“When I was fined the 92K, I asked to see if I could donate some of it to different schools, and programs I’m involved in. My request was denied. So, I decided to match the fine by raising money and donating an additional 92K to my 2nd school that I am opening up in Africa, as well as to schools that I am helping here in the United States. I also want to educate women about what I learned from this whole experience. How we as women are still treated as less than equal. I am going to turn this 92K into a positive!!! And I have decided to call it Serena’s 92K mission!!! Go to Serenawilliams.com to learn more about my 92K mission.”

Now, that’s how you turn a negative into a positive. Kill’em with kindness. Thank you Serena Williams and I will support your mission. I am not a big tennis watcher but I am a lover of justice.

You can read the full blog by Serena Williams on GlobalGrind.com at: To Be Honest, I Believe I Reached My Boiling Point

Questions: Did Serena Williams get fined too much? Was this racism? 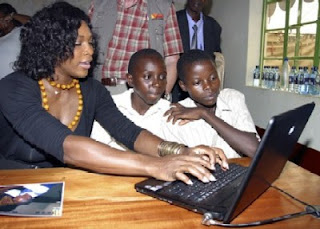 Tennis History: Serena Williams was really fined $92,000 and she is going to match that amount for a school in Africa was last modified: July 20th, 2015 by BQ Blog Staff
finedglobal grindSerena Williamstennis news

The Killing of #MikeBrown: Rebellion, confrontations with police as another young Black male is gunned down

A Black Hero of 9/11 fights Racism in Law Enforcement

Can crime be blamed on lead in soil?