Home Perspective The 20th Anniversary of Spike Lee’s “Do The Right Thing”: Did you get the message?
Perspective

The 20th Anniversary of Spike Lee’s “Do The Right Thing”: Did you get the message? 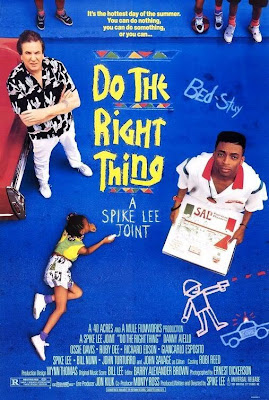 This week marks history. Twenty years ago in 1989, I was only ten.

It was during that year that Spike Lee came out with the movie “Do The Right Thing”, which was a Hollywood hit. Everybody had a copy of the VHS.

It was a blazing hot summer on the streets of Brooklyn and the movie zeroed in on racial disharmony in Bedford-Stuyvesant. That neighborhood had Blacks, Italians, Puerto Ricans, Jews and others trying to co-exist. That was foreign to me because at that time no other race lived in my area.

And to be honest at that age I did not know what message Lee and his crew of was sending. My friends and I were caught up in the fight over the “Wall of Fame”, the look of newcomer Rosie Perez, and laughing at the four-finger rings of Radio Raheem who kept blasting Public Enemy’s “Fight the Power”.

But as we got older, we understood the message. Racism existed in America.

Today, some would like to say that we live in a post-racial America and that the racial conflict found in “Do The Right Thing” is a thing of the past. Oh really? Tell that to the families of Oscar Grant, Brandon McClelland, Troy Davis, Reggie Clemons, The Jena Six, and others.

Did you get the message? What are your thoughts about the movie in 2009? 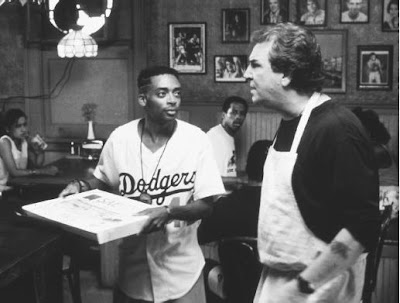 The 20th Anniversary of Spike Lee’s “Do The Right Thing”: Did you get the message? was last modified: July 13th, 2015 by BQ Blog Staff
do the right thing moviefight the powerpolice brutalitypublic enemyracismradio raheemspike lee

CHILDREN OF THE MOST HIGH: It’s Playtime!

Farrakhan speaks on Pres.Trump and The Unraveling of a Great Nation

Entertainment’s Health has Been Hijacked! (Recap)

Rapper T.I. “halfway” home after being released from prison this week

Luxury Brand That You Can Afford

[Interview] In Between The lines of Hurt to Healing