Home Perspective WHAT THE JURY AWARDETH THE JUDGE TAKETH AWAY
Perspective

WHAT THE JURY AWARDETH THE JUDGE TAKETH AWAY 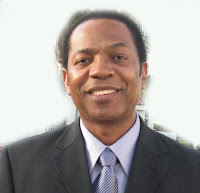 Los Angeles, CA -On October 28, 2006, James Stevens stood before a Simi Valley, CA jury to receive long awaited justice. The Jury awarded Mr. Stevens a total of $18.4 million dollars for sexual harassment by his former White female manager Laura Marko. The victory lasted for a month until the trial judge himself saw fit to reduce the jury award to $2.4 million.

Mr. Stevens is now seeking to have his original jury award reinstated by appeals court and petitioning the California Supreme Court. He believes that his case is about more than money.

“This is about standing up and fighting for fair justice in a workplace where I saw employees mistreated time and time again for complaining about conduct that was clearly offensive and harassing,” he explained.

WHAT THE JURY AWARDETH THE JUDGE TAKETH AWAY was last modified: July 5th, 2015 by BQ Blog Staff
james stevensjusticesexual harassment

Why the Black Community Needs an EGO HOSPITAL

Young Men: Pull Up Your P.A.N.T.S. of Responsibility

A Riot is the Language of the Unheard… Are You Listening?

President Obama is in Turkey: Right Wing Critics at Home Try to Cook His Goose

Rapper T.I. “halfway” home after being released from prison this week